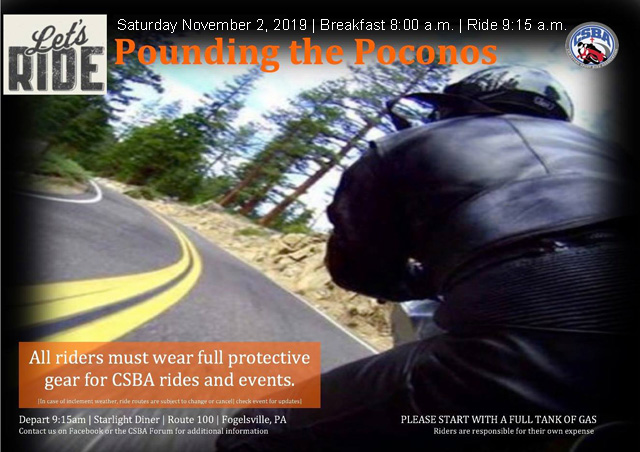 On Saturday, November 2, 2019, the Eastern Pennsylvania Chapter of the Christian Sport Bike Association will be having it’s November Monthly Ride - The “Pounding the Poconos Ride”. We will be meeting at the Starlite Diner, 233-PA 100, Allentown, PA 18106 for breakfast at 8:00 a.m. and the ride plans to depart at 9:15 a.m. so please be ready, late comers might get left behind, so don't be late!

The “Pounding the Poconos“ ride will start with kickstands up @ 9:15 a.m. and will focus on the elevation changes, challenging curves, and landscape of the Pocono Mountains. (for our friends up in the north - this ride ends up by you) Our lunch stop is at Barley Creek Brewing Company, 1774 Sullivan Trail, Tannersville, PA 18372. Come out and enjoy the roads with us. Remember all our riders are required to wear their protective gear and select their riding group (see below for details).

All bikes and beliefs are welcome, please let us know if you or any friends are coming (it's o.k. to forward them invites). Please ensure however that you and any friends both read and comply with our ride policy, www.pacsba.org/join/ride-policy. Also please come to the diner with a FULL TANK OF GAS. We will not be making additional stops during the rides - just the scheduled stops approximately every 80-100 miles. There are two gas stations on either side of route 100 near the diner, so please fuel up before the ride. Thanks!

Lastly, please if you decide to join us for the day, we ask that you visit our Facebook event page to select a pace and group in which you desire to ride (below on pinned post) to start the day out with - you can always change your group later - it’s just to help us assign you a ride leader and group to get the day started off right. Thanks again!

We hope you can make it... Lets Ride

The event will be subject to weather, so make sure you check back prior to ride day. We hope you can make it… Lets Ride! 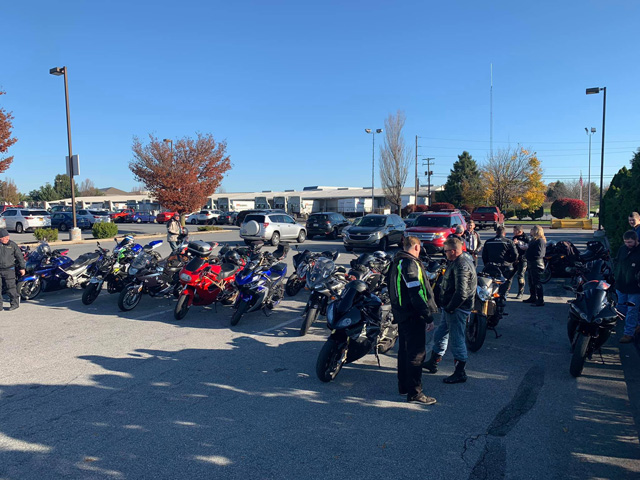 We give thanks to God for His wisdom and His Blessings….

The November ride for the SouthEast Pennsylvania chapter of the CSBA started off a bit cold. Most of the attendees had to brave temperatures around freezing on their way to the Starlite Diner. As a result, we took a little longer to begin our morning roundup and pre-ride meeting - while waiting for the bright sunshine to warm things up – and 20 of us rolled out about an hour late.

Much like the October rides, this time of year is fraught with the risk of “fall foliage” being strewn all over the roads, especially after some rain. Such was the case this month, as 36 hours beforehand, a powerful storm rolled through the area and left a lot of carnage behind it. As we discussed the “Rules Of The Road” and “Rules For The Ride”, we cautioned that there would probably be a lot of storm runoff, gravel, wet leaves, and wet roads along the route. Unfortunately, that exact combination of factors claimed the day for one of our riders in the lead group, early on in the route. Fortunately, because he was fully dressed in good riding gear, along with good slide protection for his bike, he was able to ride home with relatively minor injuries. 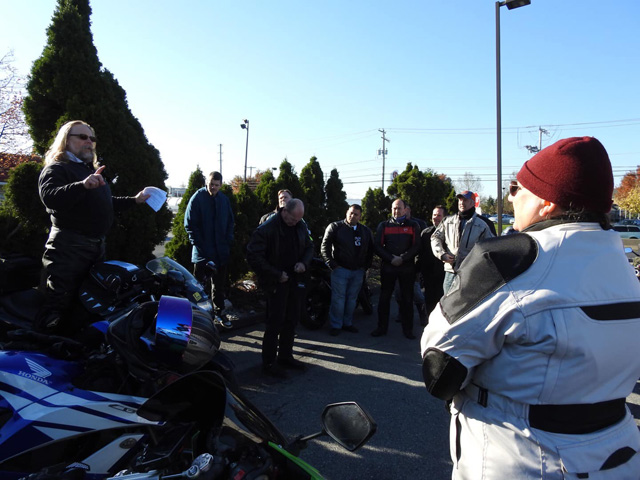 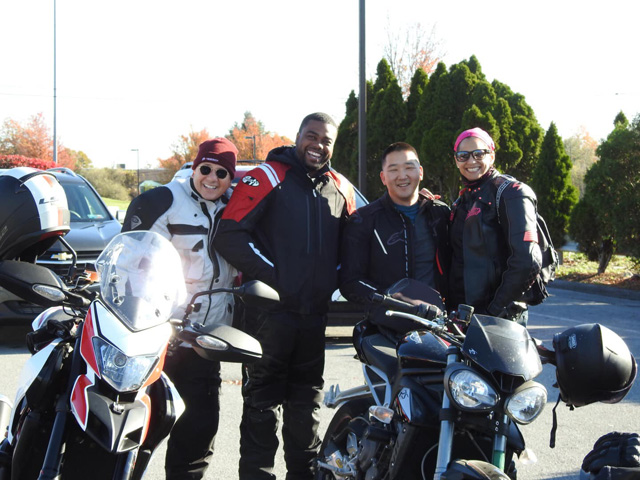 As we soldiered on through the day, though the Sun was shining bright, it was still a bit on the chilly side for most of the morning. As a result, a couple more riders decided to make an early stop and leave the ride to warm up and head home. This would turn out to be another advertisement for wearing the proper gear for the ride.

As the delays accrued and the traffic increased, we arrived at the planned lunch stop fairly late and found a nearly full parking lot. The restaurant was not able to take a group as large as ours so, fortunately, we had a backup plan from our recon ride 2 weeks ago in the form of an Italian restaurant and pizza shop in Broadheadsville, not far off the route.

Because we had been running so late, about 10 of us were left to continue from there after 3:00 to finish the afternoon route. As we headed into direct sunlight for most of the way, we made a stop atop Blue Mountain for a quick photo op and then continued the rest of the way. At the final stop, we said our goodbyes and headed home, just in time to beat sunset. 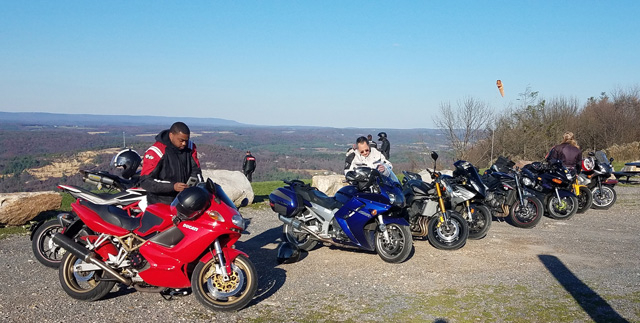 All in all, it was a challenging day, but still a very enjoyable time for scenery and fellowship. Thank you to all attended, and a sincere wish for a speedy recovery for all who experienced difficulties along the way. 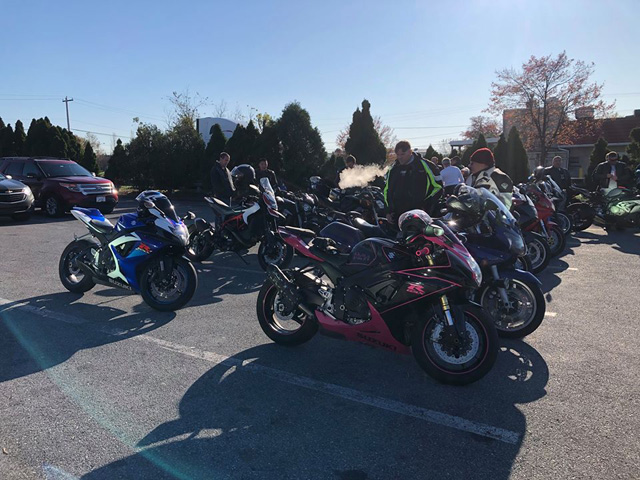